On March 3, 20th Century Fox released Logan, another installment in the X-Men franchise. This movie is also this last time that Hugh Jackman will perform his iconic portrayal of the character Logan (Wolverine).
Since this movie is the last time he will play the character, it has high expectations. Logan is also rated R, which makes for an interesting premise.
Starting off with the acting, every performance in the film is at least good, if not better than good. Jackman’s performance is spectacular in every way. His broken character shines above all else, as nobody in the film rises close to his acting level. The R rating helps his performance, by allowing him to be a more realistic version of Wolverine. In the words of Bob Grimm, a writer for Tucson Weekly, “Jackman gets to play the role the way it always should’ve been played.”
However, Jackman is not the only one with a strong performance. Patrick Stewart, who plays the role of Professor X, does a great job portraying his withered, sad character. His and Jackman’s chemistry on screen is also fantastic. It adds moments of levity to a movie that is generally pretty brooding. David Sims, a writer for The Atlantic says, “Jackman and Stewart are, quite simply, why Logan works—they’re why the film doesn’t just feel like a cheap exercise in bloody violence, and why its subversion of typical superhero-movie tropes feels organic…The actors bring warmth and grouchy humor to the story, barking at each other like the married couple they’ve become.”
Other notable performances come from Dafne Keen, who plays X-23, and Stephen Merchant, who plays Caliban.
This movie is beautifully shot. The cinematography in this film is simply awe-inspiring. Whether it be a wide, dry desert or a cool city night, every shot is pleasing to the eye. In addition to being appealing to the eyes, it’s possible that every single shot evokes emotion. For instance, a shot of a highway, whilst on a long car ride, makes one feel a sense of longing. There is not a shot in this movie that is not beautiful.
The writing in this movie is good–grounded and real. It is allowed a higher level of realism because of the R rating, which allows for use of explicit language. The cursing in this movie is not distasteful, though. Instead of being thrown around “just ‘cause,” it is used to enhance the characters. One believes that the characters in the movie would be swearing, because of how worn out and tired they are.
Since this is a superhero movie, the action is a vital part of the movie. The R rating in this film makes for satisfying, violent action. Whenever Logan is using his claws, it is much more realistic than past X-Men films, as the R rating allows for the violence to be more extreme. The action sequences, in general, are fast-paced and fun to watch.
The general premise of Logan is interesting. It is set in the year 2029, and all mutants, for the most part, are gone. Logan has become a major alcoholic, drinking his days away. Professor X is an epileptic, and every time he has a seizure he puts peoples’ lives at risk. For this reason he and Logan live in an abandoned warehouse in Mexico, away from the rest of civilization. Without spoiling any further plot points, all that can be said is that it is a dark and almost depressing movie. This is not a bad thing, however. At times when watching this movie one forgets that it is a superhero movie. It feels like a good drama most of the time.
This movie had no apparent flaws. It has a runtime of 141 minutes, which may seem lengthy, but that 2 hrs and 21 minutes goes by fast.  In the words of Sandy Cohen, a writer for AP News, “Logan is a family drama, an action thriller, and an epic superhero movie.” Overall, this movie is a great one, and for that it receives a 10/10. 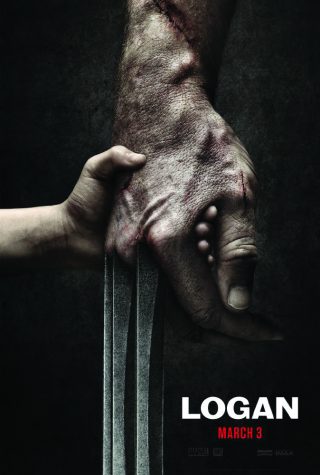