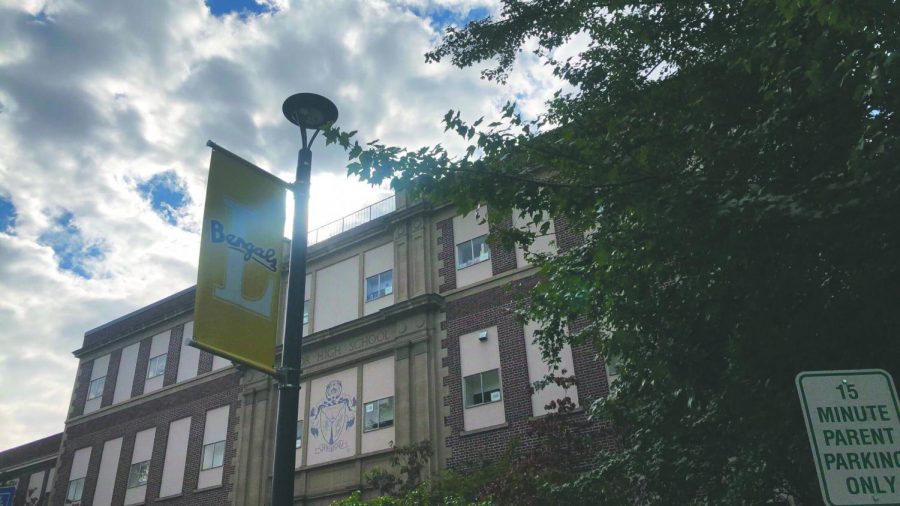 Note of correction:
The original version of this opinion article (published Oct. 31) contained errors that misinterpreted the Lewiston Tribune’s Oct. 15 report on the Oct. 14 meeting of the Lewiston School Board. This version of our article has been updated to reflect the following:
• Public reports of concern regarding racism among students in Lewiston most recently came from parents who spoke at the Oct. 14 Lewiston School Board meeting.
• One parent report at this meeting alleged that multiple students in LHS marching band uniforms were seen giving the Nazi salute before a recent football game.
• A parent report at the same meeting alleged that students from another school chased a minority classmate while yelling racial slurs.
In our original story Oct. 31 The Bengal’s Purr incorrectly combined these allegations from parents into one incident. We regret that the details of these allegations were not independently verified by press time. The Bengal’s Purr will continue to research the details of these reported incidents for upcoming stories, which will be published in print and online. — Charity Thompson Egland, adviser

Following recent reports from parents concerned about racism, discussion has surfaced about whether we need an anti-discrimination policy at LHS or in other Lewiston schools.

Allegedly, multiple students in LHS marching band uniforms were seen giving the Nazi salute before a recent football game. In a separate incident at a Lewiston school, other students allegedly chased a minority classmate while yelling racial slurs. Parents reported these incidents at the Oct. 14 meeting of the Lewiston School Board, according to a Lewiston Tribune story published Oct. 15. These parents’ stories are far from the first of this kind in our community.

Just last April, multiple LHS students were involved in a racially-charged incident in which a Hispanic student’s car was tied to another student’s truck. As The Bengal’s Purr reported in June, the owner of the truck had posted on social media the night before, “Unpopular opinion but: people that are from Mexico and come in to America illegally or at all really piss me off. ”

The student whose truck was tied to the car had no part in the events, according to Purr interviews with multiple parties. School administrators handled the incident last spring, but it affected the student body nonetheless.

Regarding the more recently reported incidents, Lewiston School Board President Brad Rice expressed his apologies at the Oct. 14 school board meeting, saying in the Tribune’s report: “If there are things we can do to make the environment better, whether it’s policy things, diversity training, or what have you, I think our board would have an interest in looking into that.”

Superintendent Bob Donaldson has noted that the reporting of this issue aligns with the district’s bullying policy. But according to the Tribune, Donaldson was unable to specifically comment on the existence of a diversity policy within the Lewiston School District.

According to the Greater Good Science Center at UC Berkeley, racially diverse classrooms go hand in hand with academic accomplishment: “Studies suggest it also leads to less racial prejudice and better life outcomes down the line.” Further studies showed that diversity in a classroom leads to many benefits for all ethnicities. Sixth-graders were were assessed in three specific emotional domains: Feeling safe at school, social exclusion and loneliness.

Results showed that students in more diverse classrooms scored the highest in these measures. These results proved that in a racially balanced classroom, students feel safer, less bullied and less lonely.

It must be acknowledged that Lewiston is a predominantly white city and racially balanced classrooms may be difficult to achieve. However, the lack of diversity should not discount the possibility of a discrimination policy in Lewiston schools. In fact, it may be counted as further evidence for the need of one. Minority students here have admitted to feeling unsafe at times, and a discrimination policy could be an extra assurance to ease such anxieties.