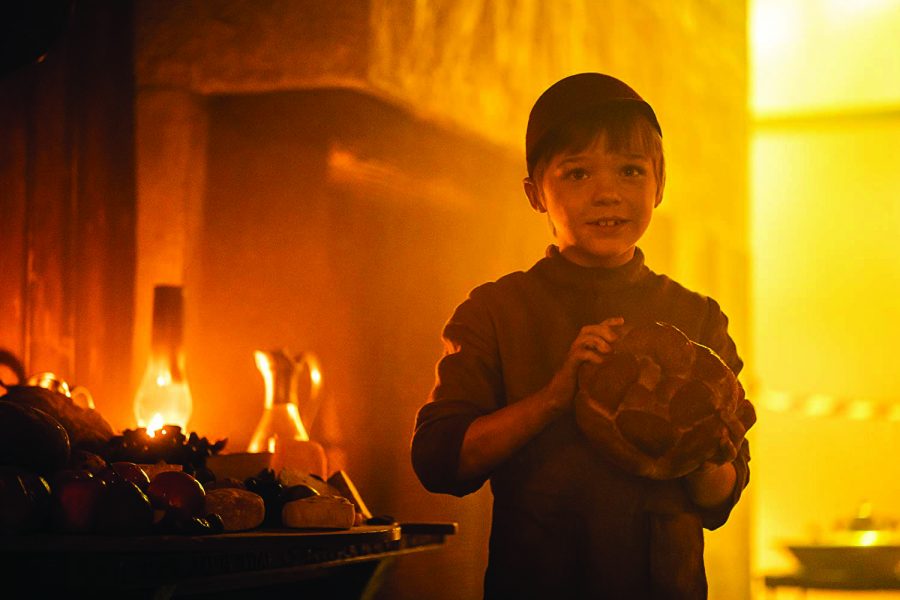 Hansel hold a loaf of bread. Photo courtesy of IMDb

Released Jan. 31, the new horror film Gretel & Hansel puts a demonic spin on the classic children’s fairy tale of Hansel and Gretel.
In this new adaptation, as with the original story, a young girl and her brother are searching for food in a forest when they come upon a witch’s house. Seeming too good to be true, the witch has an endless abundance of delicious food and provides them a place to sleep. She even goes as far as to teach Hansel how to wield an ax and teaches Gretel light witchcraft.
Although the witch tries to befriend and trick the children, she is outsmarted by Gretel, who uses the witch’s magic against her. In doing this, Gretel frees not only her brother, but all the trapped souls of other children who fell for the witch’s tricks. This enables the children’s souls to carry on into the afterlife.
As the children leave, Gretel fully embodies the powers and form of a witch. During the last moments of the film, Gretel is faced with the moral dilemma to leave and never look back, or to right the wrongs of the witch who ruled the grounds before her.
Using demonic and satanic depictions along with some very dark scenes, the film is on the scarier side of PG-13 movies. Critic Oktay Ege Kozak of Paste Magazine best described the movie by saying, “The film thrives within a dream-logic vibe, especially in Olivares’ cinematography, with its heavy emphasis on symmetrical framing, stark contrast and lush use of yellows and blues, evoking subliminal terror.”
With only a $5 million budget, the camera work, costuming and overall production are impressive and underrated. The style of filming sets up a bleak ambiance, which adds to the overall sinister tone of the movie.
The acting itself is phenomenal. Despite Sophia Lillis’ (who plays Gretel) hints of an American accent peeking through, it feels as though the actors truly encapsulate their roles.
Although derived from a tale told thousands of times over, the story here feels original and unexpected. The presentation of the storyline feels both new and familiar.
Gretel and Hansel overall is an enjoyable film despite some of its decisions when straying from the storyline. For these reasons, Gretel & Hansel deserves a 7/10.