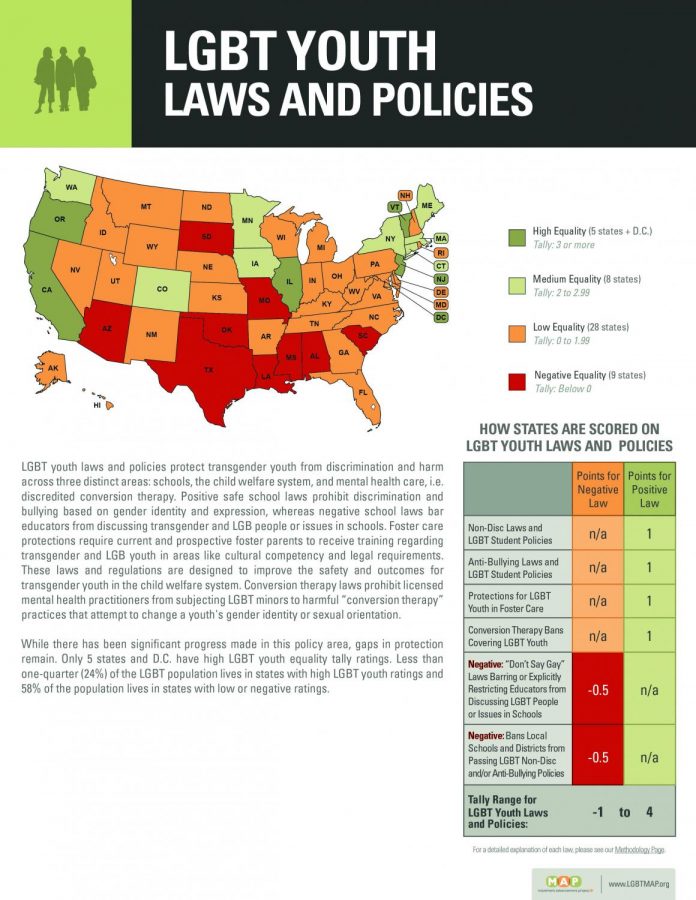 The policy for the state of Washington unanimously approved a new gender-inclusive school policy Jan. 27. According to the Lewiston Tribune, the Clarkston School Board decided to integrate this policy locally.

This policy requires schools to let students use the restrooms and locker rooms that they identify the most with, either male or female. It also makes students able to participate in the physical education classes and athletics that correspond with the gender they identify with. According to k12.wa.us, any student who wants more privacy for any reason is required to have their wishes granted; they must be given a separate place to change if they ask.

According to nasponline.org, a 2015 court case, G.G v. Gloucester County School Board determined that under Title IX it is sex discrimination to not allow a student to use the locker room or bathroom that matches their gender identity. Also according to naspoline.org, it is in the public interest that every student, including transgender students, have the freedom to learn in an environment without sex discrimination.

States such as Oregon, California, New York, etc. have gender inclusive school policies, similar to Washington’s, according to genderinclusiveschools.org.