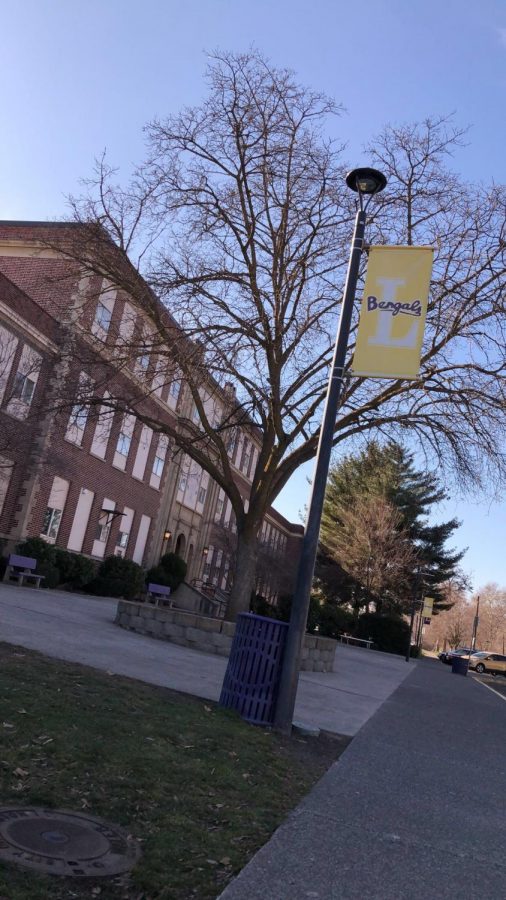 Lewiston and Clarkston High School campus’ were each vandalized on Jan. 23rd, the night before the annual Golden Throne game.
The vandalism found at CHS included the words, “Go Bengal’s, Purple and Gold!” scrawled on the windows in blue paint, and a white sheet, reading “GO LHS FTB,” was hoisted on the flag pole.
The vandalism on the LHS campus included the words “F*** LHS” multiple times on a smashed-up car that had been used as a fundraiser for Golden Throne.
According to Alexis Poxleitner, senior class secretary, there were also spray paint marks on various other parts of campus and a shattered window on the science building due to an alleged BB gunshot.
These pranks caused a variety of tweets, from both LHS and CHS students regarding the vandalism, to be sent. These tweets regarded sportsmanship and which team deserved to win the spirit award at Golden Throne the following night.
These acts of vandalism aren’t the first time the school’s rivalry has gotten the best of them. In 2018, the morning of Golden Throne, CHS students changed the ‘L’ on top of the Lewiston into a ‘C.’ Many students believe this prank was the reason CHS lost the spirit award at the coinciding Golden Throne Game.