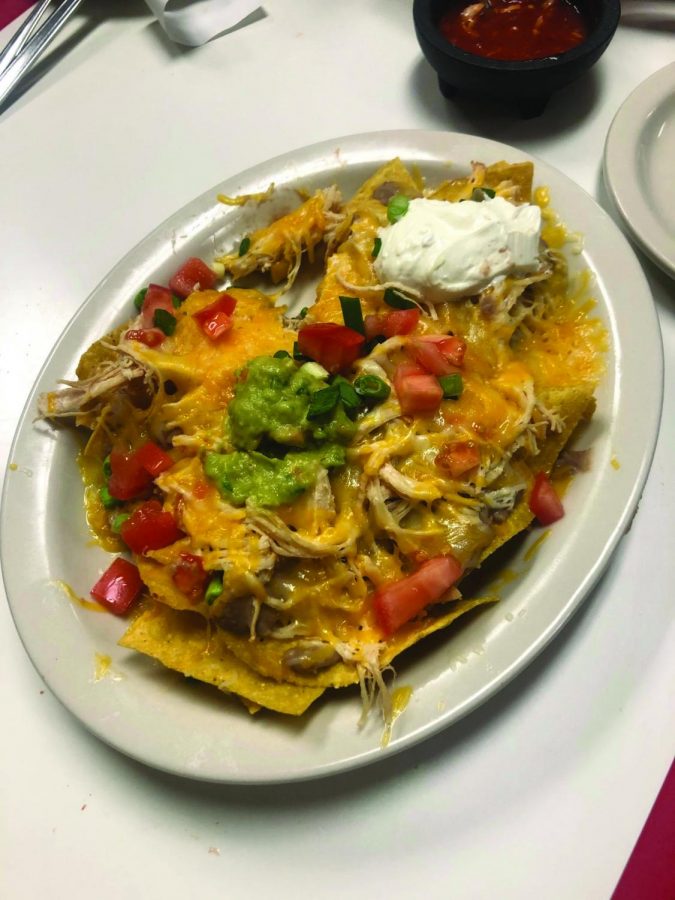 El Socio is a Mexican restaurant located at 602 20th St. in North Lewiston that opened at the beginning of February.  It offers a wide array of Mexican dishes such as burritos, quesadillas, street tacos, enchiladas, tamales and fajitas. The new restaurant took over the location for Lunch Box Deli and BBQ, which closed down a few months ago. This made some wonder if a different restaurant could compete with other Mexican restaurants in town such as El Sombrero, Sinaloa and Tacos Cecy.
When first stepping in El Socio, a friendly server welcomes customers before seating them with a smile on their face.The environment is nice and subtle. Unlike some Mexican restaurants, El Socio is not overdone with artificial “Mexican” decor or props. The Mexican aesthetic is very subtle, with a few cool props and cheerful Latin music. The seating itself is very limited but it gives the restaurant a quaint, traditional Mexican aesthetic. They offer typical drinks such as Mexican Coca-Cola and Jarritos in glass bottles.
This meal started off with the nacho appetizers, which consisted of chips, beans, cheese, guacamole, sour cream and chicken. All these ingredients come together to make a fiesta for the taste buds. The guacamole is exceptionally tasty out of all the components of these nachos. It is a pretty standard approach to the dish but that does not stop it from setting an exceptional tone for the wide variety of entrees that El Socio has to offer.
The main course for this meal featured the Super Burrito, which is rice, beans, lettuce, tomatoes, cheese, guacamole, sour cream and steak wrapped in a soft flour tortilla. It too came out in a very timely fashion, but it still seemed to be prepared delicately and with thought. The food itself definitely lives up to the name, as the Burrito does a super-good job at offering an authentic, distinguishable flavor while filing the stomach. The burrito is also very carefully rolled and stays together well,  unlike some that fall apart easily. The burrito is similar to the nachos in the way that both dishes do a superb job at combining different components.
The conclusion of this meal came in the form of chocolate-covered fried vanilla ice cream with sprinkles. This is a pretty traditional Mexican desert, and like everything else, El Socio does a fine job at keeping it simple. However, this part of the meal does not quite live up to the standard set by the previous two items. The Vanilla ice cream is a little bit lacking in terms of flavor. And the texture of the fried ice cream is not ideal either. But it is still an adequate ending to an overall satisfactory meal.
-With a simple, clean environment and masterfully simple food with  strong flavors, El Socio has a recipe for a great and successful restaurant — even  one of the best Mexican restaurants in the valley. For these reasons it gets a 9/10.