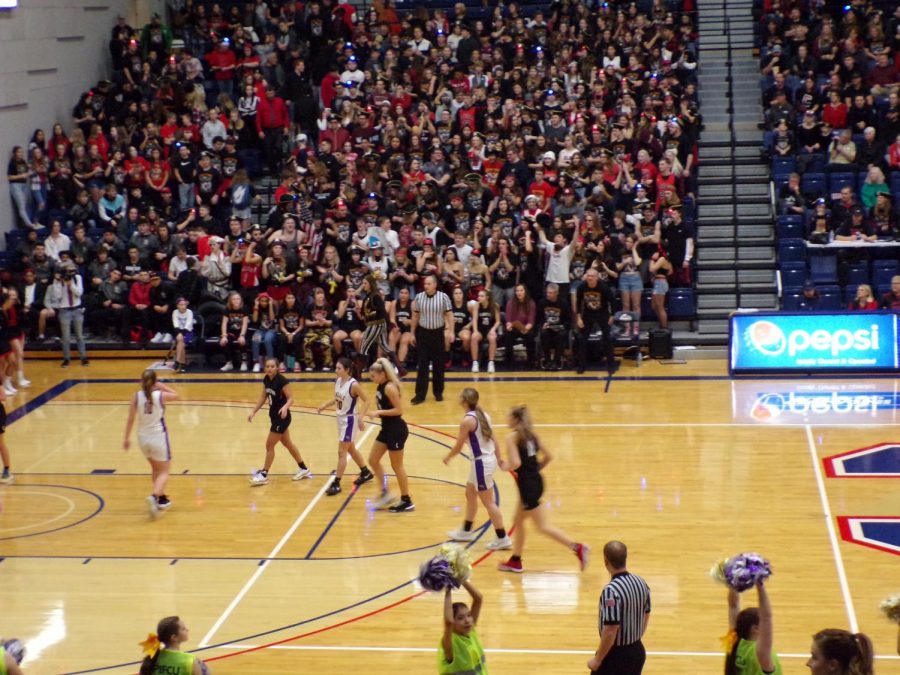 Golden Throne 2020 was a massive fundraising success this year, with Lewiston and Clarkston high schools raising a total of $17,975. Students from LHS alone raised $12,259.79 for local charities, while CHS raised $5,715.21. Golden throne is one of the most anticipated basketball events in the community, where varsity teams from Clarkston and Lewiston come together to compete at the LCSC College.

The ASB members of Lewiston and Clarkston chose five local charities to split the money equally. This included:

According to Terrianne Blegen, the LHS administrative secretary.
“I’m so proud of what Lewiston and Clarkston accomplished,” said Jacob Hale, the junior ASB president. “It’s always important to give back.”

This year’s theme for Lewiston was construction, in honor of the current building of the new high school in the Lewiston Orchards. Clarkston’s theme was cowboys and cowgirls. Lewiston won the spirit award, taking back the throne that they lost from the year prior.

Lewiston boys’ varsity won 56-33 against Clarkston, but Clarkston girls’ varsity won 58-31 against Lewiston.
“I was obviously very excited to win the throne back,” said junior, Sam Mader. “I love eating chicken for dinner!”