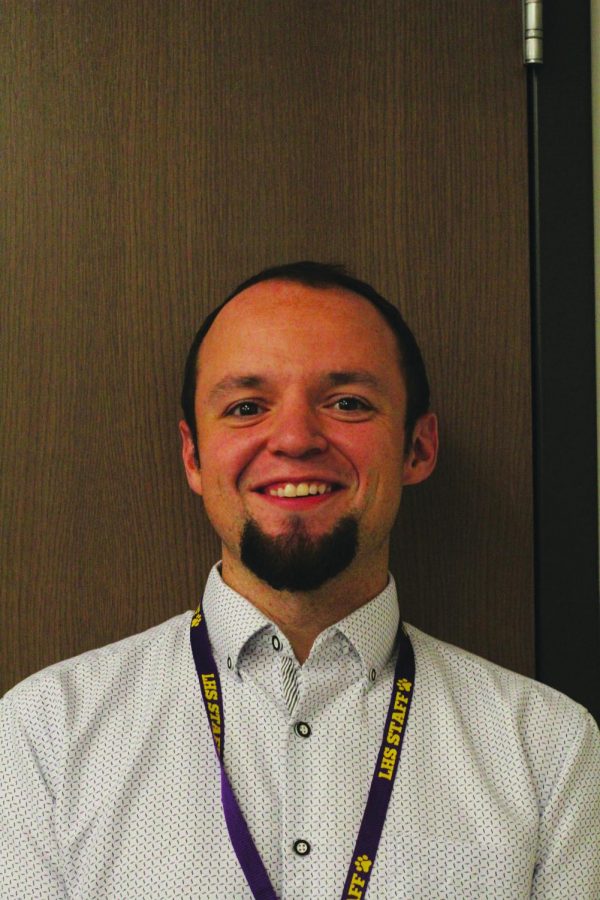 Aaron Waits, a newly staffed teacher here at Lewiston High School, starts the school year instructing Seniors in the course of English 12. Waits is a wonderful new teacher that had been added to our Lewiston Bengal staff. Here is a little information about him that some of you may be interested to know.

He attended Lewis-Clark State College, studying a major in education. Previously to his role as an English teacher here at Lewiston High School, he had partaken in the teaching of german elsewhere, primarily in smaller schools. Waits had grown from adolescence in a small town and also began his teaching career in several smaller schools, making the adjustment to Lewiston High School exciting for him.
As he transitioned in such a role, he had set goals for himself and his students.

“My goal here at LHS is to help students reach their full potential,” He said. “I hope to help them become lifelong learners who value knowledge and understand the power of their minds.”

When asked when he knew that he desired to teach, he had responded with fourth grade. He states that he had a teacher named Mr. Strong that helped strike the determination of becoming a teacher.

“I loved Mr. Strong, my teacher because he was just a cool guy who made learning fun,” he stated. ‘He would read to us in such a way that left the whole class asking for him to read “just one more chapter” out loud to us.”

Despite his role as a teacher here at LHS, Waits as well enjoys doing hobbies of his own. He had stated that he enjoys hiking with his dalmatian, as to which he takes along with him skiing and snowshoeing during the winter months. In the summer, he tends to travel and play on the river periodically.

As he travels, he sighted the places he had traveled too.

“I have been to 13 countries so far, and I can’t wait to plan my next journey. I love music, but classic country and bluegrass will always be my go-to. Oh, and coffee. I love coffee.”

As the school year proceeds, Waits will be an extraordinary teacher to have in the Lewiston School District.