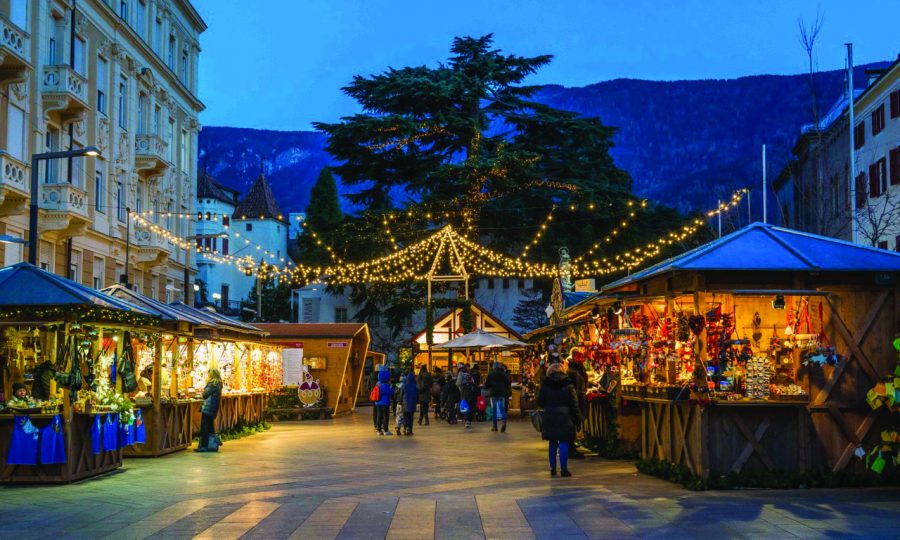 Christmas traditions are numerous in almost every culture. There are many ways people commemorate this holiday, such as eating prawns in Australia, El Gordo (fat one) Lottery in Spain, and leaving Guinness and mince pies for Santy in Ireland.

Christmas is observed throughout the world and is described as a religious holiday and cultural sensation. Christians use this as an opportunity to celebrate the creation of Jesus Christ, the savior born in Bethlehem. Despite any religious faith, many families use it to practice their traditions in their particular way. Different traditions are countless, but according to Insider.com, a few are well-liked across the board. These include waiting for Santa Claus, exchanging and opening gifts, going to church, having festive meals plus decorations and spending extra time with family and friends.

Federica Tanca, a junior foreign exchange student at LHS, is from Italy. She told the Purr of the wonderful meals she eats on Dec. 24, 25, and 26 to observe the holiday. They include a whole pig (the belly is a personal favorite of hers) along with tiramisu and lasagna.

Her large family gathers and waits for midnight on Christmas Eve to open the presents delivered by the one and only Babbo Natale (Santa Claus.)

“I play card games with my grandma (on the 26th,)” Tanca said, “and with my cousins. My family’s very close.”

Tanca also explained what happens on the night of Jan. 5. The story is that Befana, an old woman, delivers either candy or coal to the stockings of children. Her name is believed to originate from The Feast of Epiphany, a tradition to celebrate Jesus Christ’s baptism.

Jonathan Mochel, a foreign exchange student in his junior year, is from Germany. He said that he loves shopping for presents and gifting in general. Mochel also described a traditional Advent wreath. It consists of four candles surrounded by greenery. Every Sunday in Dec, a new candle is lit. Many families also sing carols and eat Christmas treats during the lighting process.

He also told of two cuisines that go together like “fries and burgers,” as Mochel put it. The main one is called Roulade, a meat dish. It includes pickles and onions wrapped in thin beef. The side is knödel, a german bread dumpling. It’s created by making a dough out of milk-soaked bread and spices such as parsley, nutmeg and onion. It is then boiled into a dumpling.

“I like the good atmosphere and family coming over,” Mochel said of the holiday.

Joshua Lewis, a senior at Lewiston High School, went to Germany the 2019-20 school year for a foreign exchange program. He told of the Christmas he experienced there and the enormous fire-roasted salmon.

“Christmas Eve is all fun, and we stayed up late. Christmas day is more reverent and quiet, as we went to church.” Lewis said.

Lea-Eden Victorine, an LHS junior foreign exchange student, is from France. She told of how her family loves to ski if they travel for the holidays, though a big dinner at home never hurt anyone. Victorine told of a favorite dish of hers, chicken fricassée with chestnuts.

She also hinted at the lengthy breaks she received throughout the average French school year. Every holiday, even ones like Halloween and Easter, merits a two-week vacation. She used this time to work on school work and have some of her grandmother’s special apple cake.

“You guys don’t have a real break until November, and I was losing my mind!” Victorine said, “I’ve been wondering all year when we’d finally have one.”

In French culture, Christmas is exceptionally family-oriented, and she said she loves the extra time with them. A treasured tradition is searching for the presents from Père Noël (Santa) with her cousins before Christmas.

On Christmas Eve, Victorine and her family sit in the living room together, and the little ones are mesmerized by the hand-delivered gifts from Père Noël on the front porch, precisely at midnight.

Jacob Bigler is a sophomore at LHS and a long-time resident of Lewiston. He spends Christmas with his loved ones, and enjoys the simple traditions they have.

Every year he and his immediate family each buy a new ornament to put on the Christmas tree. Bigler also appreciates decorating the tree, and said he loves how beautiful it is.

He also enjoys gathering with family and eating tasty foods.

He is also fond of the lights at Locomotive Park in Lewiston, and goes there with friends to get into the Christmas spirit.