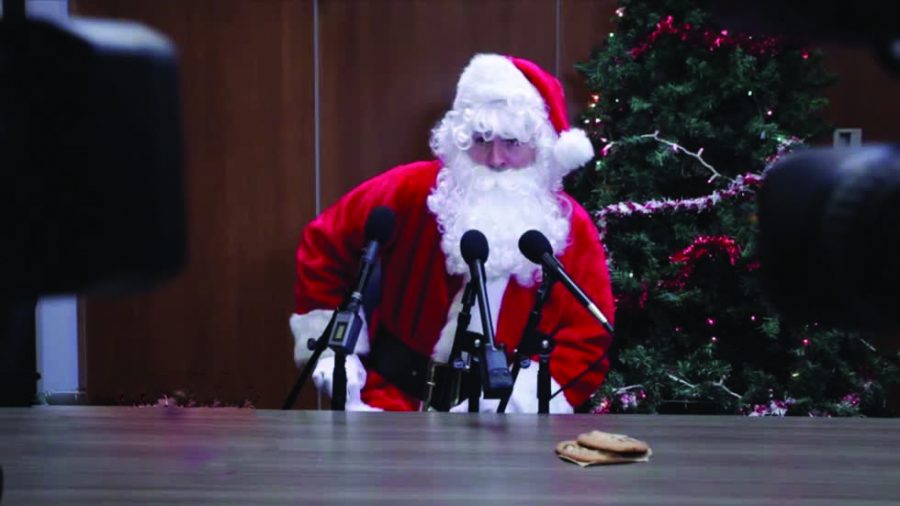 Nick Claus tested positive for Covid as of Dec. 9 in the North Pole. Claus has been in hot water as of late. Reindeer and elves alike have been going on strike, as Claus isn’t taking the precautions to ensure worker safety. But he has been working for almost 200 years and doesn’t seem to be slowing down.

A report by an elf-doctor in training told a journalist about the positive test. Claus has come out with the following statement:

”I am Kris Kringle. I am an icon, and the bureaucrats won’t stop me from consuming cookies or bringing presents to the kids around the world, with their ‘regulations’ for ‘safety’ or ‘well being.’” This speech caused much backlash as many parents don’t want Claus to appear if the only gift he’s giving is a three-week quarantine and deep-seated regret.

This is not the first time “Old St. Nick” has been on the naughty list. In 2008 during the stock market crash, Claus was found committing tax fraud. When at a media press conference, he explained that he swore he had, ”Checked my tax return twice.” But he deliberately marked off the number of materials he had been ordering for the presents he planned to make. Though a percentage is covered by different government agencies. It does not cover more than 50%.

It seemed impossible to get an interview with Claus after his Covid announcement. The media wanted a press conference, Claus initially refused. But after much discussion, he finally agreed, as long as his attorney was present. The original plan was to have him wear a mask and be positioned 10 feet from others, an added precaution, to ensure no spread. Everyone was shocked when he showed up without a mask and sat right next to his attorney.

When the conference finally started, Claus moved up to the podium. He said that because of “recent personal information” being leaked. He was there to clear the air that he had truly caught the virus. Immediately questions rattled off, and Claus’ first answer was also his last.

“Do you still implore free labor from the elves?” Claus asked. “Of course, they work for lodging and smiles.”
This was a very controversial take, and many have cited it as going “too far.” Even Santa’s good friend Frosty was shaken by the comment.

”That’s sad.” What happened to a good old-fashioned ‘Happy Birthday’?” Frosty said.
Frosty was later found as a puddle, his hat missing.

As more allegations arose, and the strikes turned to threats of permanent quitting. Claus announced a new enforcer named Krampus M. Claus. A brother and good friend to Nick Claus, he is apparently a good enforcer too.

Once the strikes suddenly stopped, no further allegations were called. A journalist, who was good friends with one of the elves, went to check on him in Elf Town.

”No one would let me in,” the friend said. “They all shut their doors out of fear. Even my friend told me to leave. I offered him dentist supplies, as he wanted to be one for so long. It was his dream. He was never at elf practice because he followed through with his goal. But he just muttered that maybe tomorrow he’d go to practice.”

Finally, a reporter got an interview with Krampus, a tall intimidating figure. The interviewer asked him what he liked about his job the most. Krampus Claus stared silently for 10 minutes, then proceeded to vomit up the shoe of an elf.
”Sorry, something was stuck in my throat,” he said.
The interviewer left and reportedly checked into a psychiatric hospital.

Claus announced to his workers that he didn’t believe he was under regulation. He was glad everyone was back in line and that Christmas would continue as usual. Some said it was strange because he was wearing a black top hat, very out of place with his typically red attire. Claus said production is running smoothly, and he’s glad that people are so caring about his health.