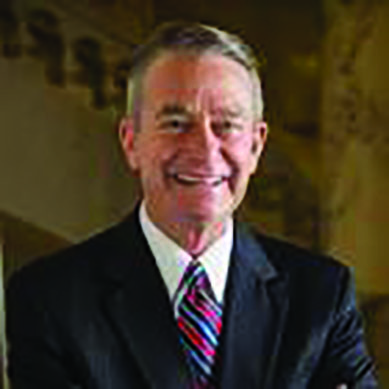 The Idaho governor, Brad Little, sent out a statement Jan. 22 covering his concerns over the Idaho legislature’s recent actions. The assembly is seeking to end Idaho’s COVID-19 emergency declaration, but Little claims that it “threatens vaccine rollout and Idaho’s prosperity.”
According to Little’s statement, ending the state’s emergency declaration would further perpetuate the myth that an emergency declaration somehow shuts down the state or is an unwelcome infringement on citizen’s rights.
As of Feb. 4, reports show that over 1,700 people have died from COVID-19 in Idaho, and the numbers are continuing to rise. Little stated that now is not the time to lift restrictions.
Little argued that in the grand scheme of things, ending the declaration would do more harm than good, and that everything the state has been working for would be jeopardized.
Idaho lawmakers responded Feb. 3 by introducing bills to limit the governor’s ability to extend an emergency declaration, according to the Associated Press.