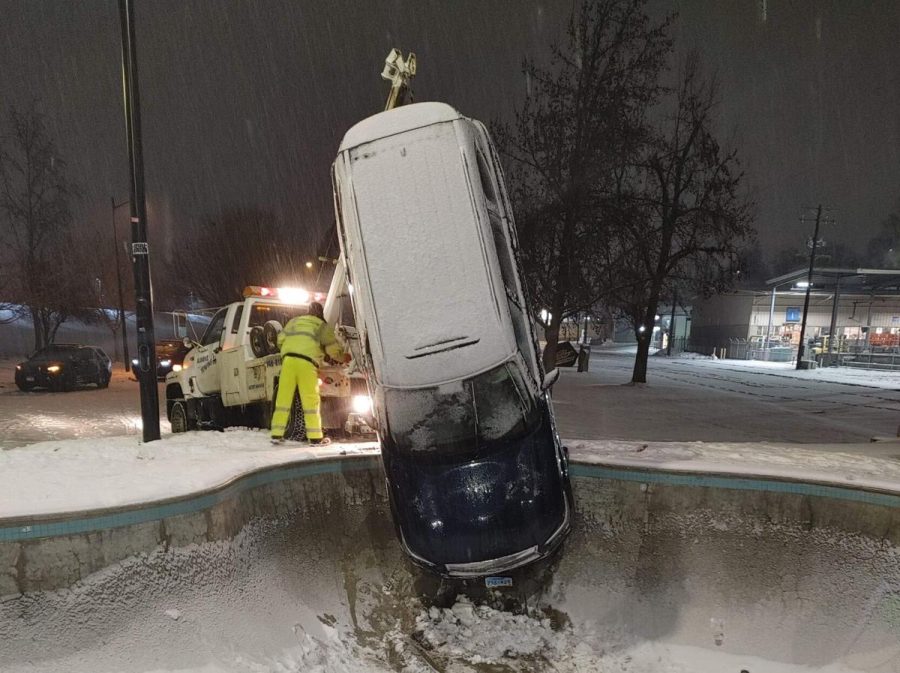 A crew removes a car from the bowl located at the Mountain Dew Skate Park Feb. 14 in Lewiston.

On Feb. 14 a woman named Natasha Storm experienced what the dangers of the snow and ice were capable of.
According to Lewiston Police, Storm was driving when her vehicle crashed into the skatepark at 1020 Snake River Ave. in Lewiston. She was driving a 2020 Infiniti QX80 that crashed into the smaller of the two bowls at the skatepark.
Police were not notified directly after the crash, but were alerted to the crash by Sirius XM operators who noticed that the vehicle’s airbags had deployed.
According to reporters, police later found Storm at her residence, where she reported that she had no injuries. Police cited Storm for failing to notify police of an accident and for leaving the scene of an accident.