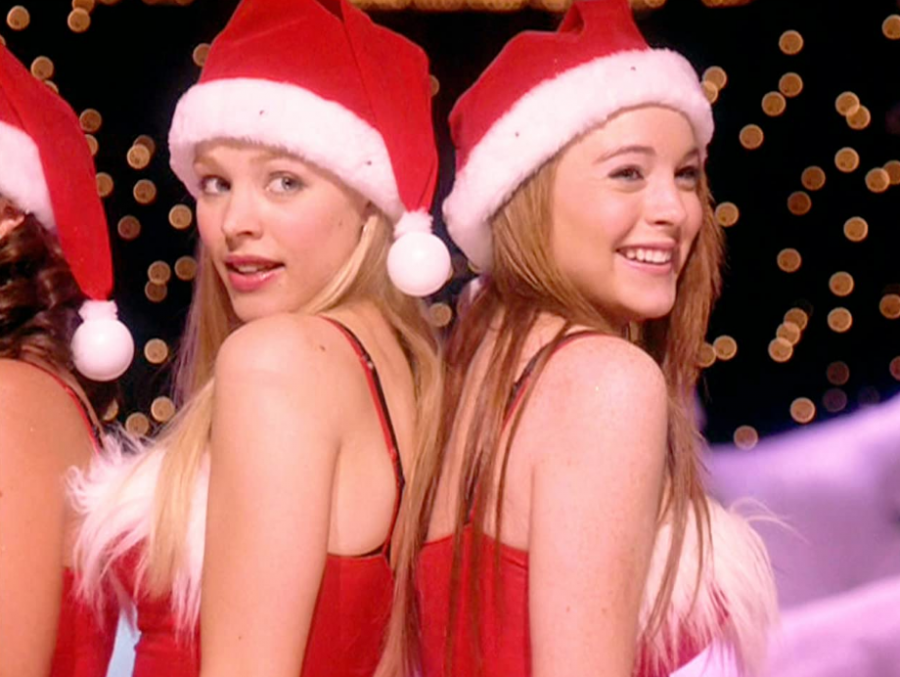 Nacho Libre (2006): A monastery, orphans, and luchadores. What more is there to ask for in a movie? Jack Black leads as Ignacio (Nacho), a monk who works in the kitchen of a Mexican monastery, where he also lives. Troubles begin when the nuns cannot afford adequate food for the orphans, and Nacho takes on a second job as a Lucha Libre wrestler. The church strictly forbids Lucha, and humor develops as he hides his identity. He also falls in love with a nun, Sister Encarnación. This doesn’t lead to intimacy, but rather… toast. The movie is also loosely based on a true story, which makes it even more bizarre. Overall, it is a very upbeat and comedy-filled film.
¨Did you not tell them they were the Lords chips?” – Guillermo (Richard Montoya)

Juno (2007): This film starring Elliot Page and Michael Cera, is riddled with humorous one-liners. The basic plot is that 16-year-old Juno MacGuff (Page) discovers she is pregnant with her and Paul(ie) Bleeker’s child (Cera.) She plans to adopt the child out to a perfect couple she finds in a newspaper ad, and complications ensue. Jennifer Garner plays the prospective adoptive mother, which adds to the appeal. Though an unexpected teenage pregnancy seems like a bummer of a movie premise, the acting and dialogue make it equal parts funny and heartwarming.
¨Yeah, I’m a legend. You know, they call me the cautionary whale.” – Juno MacGuff (Elliot Page)

Parks and Recreation (2009): This is a highly comical political mockumentary set in Indiana. The fundamental storyline is about Leslie Knope (Amy Poehler), an optimistic, mid-level bureaucrat focused on changing her fictional town of Pawnee for the better. The first season begins with a dire need to fill in a dangerous pit that has injured Andy Dwyer (Chris Pratt). The plot thickens as the next six seasons unfold. The writing, acting and plotlines leave a lot of room for humorous mishaps, and the producers take full advantage. The series as a whole is exceptionally quick-witted and its cast has hilarious timing.
¨One small announcement: Due to a tragic misunderstanding, the Prettiest Pig Pageant has been replaced by a pork rib barbeque competition. Oh no.” – Rob Lowe (Chris Traeger)

Jumanji (1995 and 2017): The premise of the 1995 Jumanji is that two siblings find a board game in an abandoned mansion. The siblings, Peter (Bradley Pierce) and Judy (Kirsten Dunst), decide to play and free Adam Parish (the late Robin Williams), and they tackle different inconveniences to keep Parish free. It’s a very amusing film, and widely popular, as basically everyone has seen it. The 2017 version is about four high schoolers who decide to play a video game, which transports them into the world that Parish was trapped in 22 years prior. They play as the characters they chose in the game, and the cast includes Dwayne Johnson, Jack Black, Karen Gillian and Kevin Hart. On the whole, it’s a very entertaining and memorable follow-up.
“ No! I’m an overweight middle-aged man!¨- Bethany (Jack Black)

10 Things I Hate About You (1999): Kat Stratford (Julia Stiles), a very abrasive and smart senior in high school, doesn’t date around much. Her younger sister Bianca (Larisa Oleynik) wants a boyfriend, but house rules say she can’t date until Kat does. Plans formulate to hastily set Kat up for romance. That’s when the new arrival, Patrick Verona (the late Heath Ledger), comes into play. Interestingly enough, it’s a modern adaptation of the Shakespeare play, The Taming of the Shrew. With extremely witty dialogue, a fast-paced plotline and a slow-burn romance, it’s a no-brainer when it comes to comedy.
¨You’re asking me out? That’s so cute! What’s your name again?¨ – Bianca Stratford (Larisa Oleynik)

The Office (2005): This sitcom mockumentary is about office workers’ day-to-day life in the Scranton, Pennsylvania, branch of the fictional paper company, Dunder Mifflin. Like Parks and Recreation, its first season is a bit rocky, but the series improves as it progresses. Michael Scott (Steve Carrel), the immature and enthusiastic branch manager, causes interesting situations for himself and his employees. Romance also plays a role in the series, with Jim Halpert (John Krasinski) and Pam Beasley (Jenna Fischer) as the “will they-won’t they” couple. Hilarious pranks, one-liners and scenarios unfold throughout the nine seasons. Even with its eight-year run-time, it is always exciting and funny to follow new and old characters alike.
¨Life is short. Drive fast and leave a sexy corpse. That’s one of my mottos.” – Stanley Hudson (Leslie David Baker)

Legally Blonde (2001): Sororities, fashion and… law school? Elle Woods (Reese Witherspoon) stars as the fiancée of Warner Huntington III (Matthew Davis). Her plans are shattered when he breaks up with her because she’s too “blonde.” To prove him wrong and win him back, she gets into Harvard and works on her Juris Doctor degree. Personalities clash and harmful stereotypes unfold, but Elle holds her head high. She even has a change of heart as the movie progresses, and she grows into herself more. It’s a light-hearted and humorous flick across the board.
¨Hi. I’m Elle Woods, and this is Bruiser Woods. We´re both Gemini vegetarians.¨ – Elle Woods (Reese Witherspoon)

Brooklyn 99 (2013): This TV series follows a team of detectives working in the fictional 99th precinct of the NYPD in Brooklyn. The plot revolves around Jake Peralta (Andy Samberg), a childish but talented detective who often comes into conflict with his stern, commanding officer, Cpt. Raymond Holt (Andre Braugher). There are many other compelling characters with different motives and personalities, such as two favorites: Terry Jeffords and Gina Linetti. Lt. Jeffords (Terry Crews) is a family man and a self-professed “gentle giant’’ to whom the detectives report. Linetti (Chelsea Peretti) is an extremely sarcastic civilian administrator with a passion for social media and dance. In general, the show cover current issues in a humorous and enlightening way.
¨I was thinking about how I would make the perfect American president based upon my skill set, dance ability, and blood lust.¨ – Gina Linetti (Chelsea Peretti)

Mean Girls (2004): Cady Heron (Lindsay Lohan) moves with her scientist parents from Africa to the Illinois suburbs. The teenager finds herself among a shallow clique of the girls rightfully dubbed “The Plastics.” She soon finds out why the nickname came to be, and catty back-stabbings begin. With the burn book, a compilation of horrible secrets and rumors created by The Plastics, it’s no wonder tensions arise. The movie contains amusing banter and characters and ends satisfyingly. With “Swedish nutrition bars,” a bus hit-and-run and an apology assembly, it’s one to watch.
“Gretchen, I’m sorry I laughed at you that time you got diarrhea at Barnes & Noble. And I’m sorry for telling everyone about it. And I’m sorry for repeating it now.” – Karen Smith (Amanda Seyfried)

Mrs. Doubtfire (1993): The late Robin Williams steals the show as Daniel Hillard, an eccentric actor and recent divorcee. With an inability to see his children as his motive, he takes on the persona of a sweet old British woman, Mrs. Doubtfire. He’s hired unwittingly by his own ex-wife, Miranda Hillard (Sally Field), to nanny their children and keep house full time. Miranda tests the waters of the dating pool with Stu (Pierce Brosnan), which only adds to shenanigans and privacy breaches.
“It was a run-by fruiting!” -Daniel Hillard/Mrs. Doubtfire (Robin Williams)