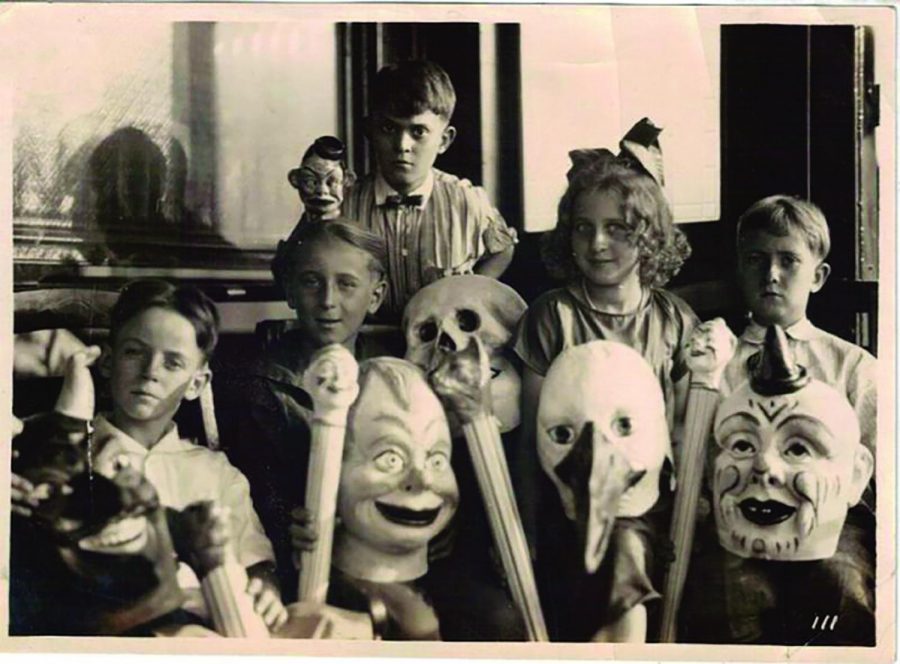 Children pose for their photo with their Halloween costumes. Photo courtsey of History Daily.

Halloween began as the Ancient Celtic Festival of Samhain. Samhain was a religious festival celebrated Oct. 31-Nov. 1 as a way to ring in the “dark half” of the year. Those who celebrated Samhain believed that there was nothing separating the physical world from the spiritual world during this time of year.
The Celts, who first celebrated the festival, lived over 2,000 years ago, in an area now known as Ireland. For them, Oct. 31 marked the end of summer. This day was considered the beginning of cold and darkness for the rest of the year. They believed the darkness meant that the ghosts of the dead were returning.
Celts believed these ghosts damaged their crops and caused trouble. This led Celts to partake in a form of sacrifice. For these sacrifices, they would burn crops and animals for themselves the rest of the year.
Oct. 31 is now a day where children, and sometimes adults, dress up in costumes and walk door to door, collecting candy. As Halloween evolves, it becomes more wholesome. Halloween is now considered to be a fun holiday, instead of a dark, gloomy time of year.