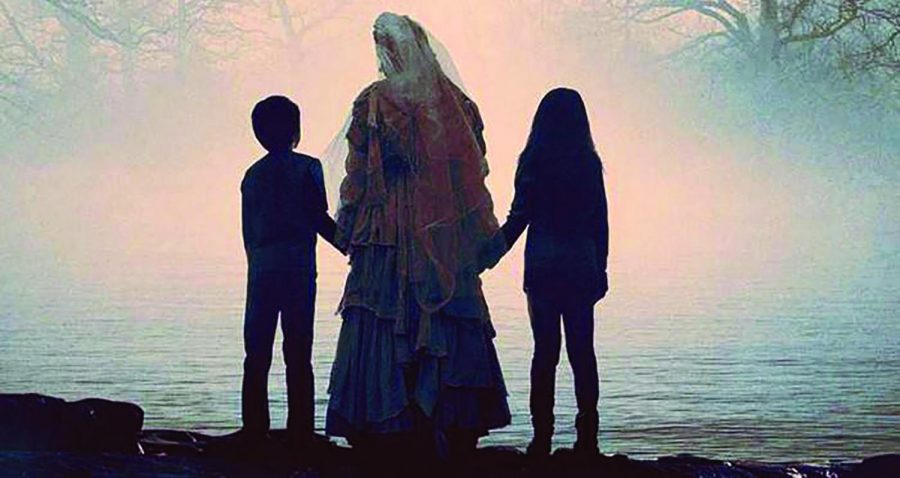 La Llorona stands near the river with children, dressed in white garments. Photo courtesy of HeraldNet.

La Llorona was a woman who lived in Mexico whose misdeeds left her soul trapped on Earth after she passed. The story goes that long ago there was a woman named Maria who adored her husband. She loved him with all her heart. They eventually got married and had two kids. As the days went on, she noticed that her husband was spending more time at work and when he was home he only spent time with the kids. Later on, Maria saw her husband with another woman, in a fit of rage, she drowned her children in the river. After realizing her mistake, she cried out, “Oh, my children” (in Spanish). After this, she drowned herself. She was denied entrance to heaven and banished to purgatory on Earth to find her children. Maria is now known as La Llorona. It is said that she wanders the river, looking for her children. She is spotted in a white dress, floating over bodies that are found in the river. She is also purported to attack cheating men.