The Bengal's Purr • May 9, 2022 • https://bengalspurr.com/9349/showcase/ye-confesses-love-for-pete-davidson-through-album/ 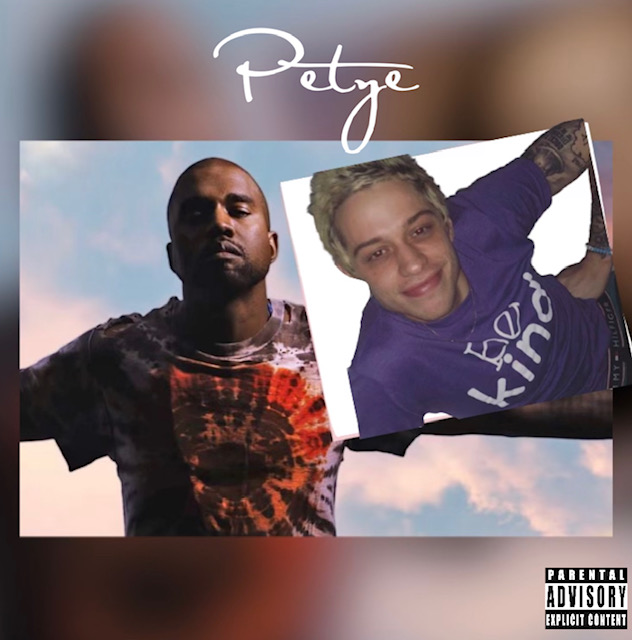 American rapper Ye (also known as Kanye West or as Kim’s Husband) has revealed his true love for Pete Davidson, his former enemy.
After the controversy with his ex-wife Kim Kardashian, Ye realized that it was really Davidson whom he loved all along. He came out as “Petesexual” which is a type of sexuality that he invented. During his casual stalking of Kardashian, it took Ye some time to figure out that the one he truly cared about was Pete.
The Purr interviewed Kardashian about the situation.
“I always knew there was something wrong with Ye, but I never could tell what it was,” the social media star shared. “There was something missing in his life, and what was missing was Pete.”
The question is, how does Davidson feel about him? The Saturday Night Live star has been silent about the situation. According to inside sources, he hasn’t gone to work since the announcement.
Speaking of the announcement, we all know that West doesn’t do “small.” West just released his newest album, which is dedicated to his new love, and is called Petye, a name that West made up himself. The album consists of 10 tracks with the three singles being “bye bye Kimmy, hello Petey,” “Petye 4 life,” and “Pete ain’t no gold digger.”
West released some text messages between the two revealing that Davidson stopped SNL from making jokes about the situation. In response, West told the Purr, “Of course Pete did that for me. He loves me, even if he hasn’t talked to me since the release of the album. Pete is an amazing man for me, and he’ll be an amazing husband.”
Just yesterday, Davidson managed to reach out about the situation.
“I haven’t even seen Kanye since the drama started,”Davidson said. “I don’t know why he’s telling everyone that we’re together, but he has been texting me nonstop. He even sent me a photoshopped picture of us getting married. I don’t know if he’s joking or if he’s serious. It’s scaring me.”
The album Petye has already been nominated for a Grammy and is most likely going to win. Let’s just hope no one goes on stage and takes the microphone from Ye like he did to Taylor Swift in 2009.