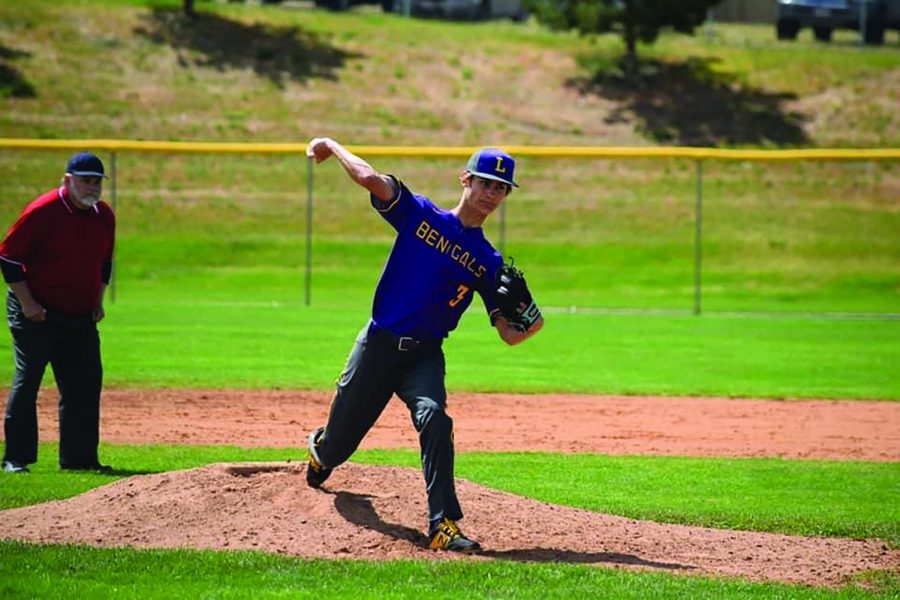 The LHS baseball season started strong after playing Coeur d’Alene on March 17. Varsity won 10-6 and 7-3, and JV had a final score of 10 and 7. Justin Miller, assistant coach for varsity baseball, started the season feeling psyched.
“We’ve only played two games thus far, plus three scrimmage games,” said Miller. “We had an exciting win against a good Spokane team.”
Varsity player, Zach Massey, has played baseball his entire life and felt pleased with the season’s start.
“I think we stayed together and played hard throughout the whole game, not just one inning,” Massey said of an early-season game. “I think we need to work on taking care of the baseballs and make our playing cleaner and more professional.”
Varsity player, Wyett Lopez, noted that growing up, he played baseball with his older brother. He wanted to be like him and maybe even better, he said. As for his fellow Bengals, he said the year’s team “is pretty good and solid.”